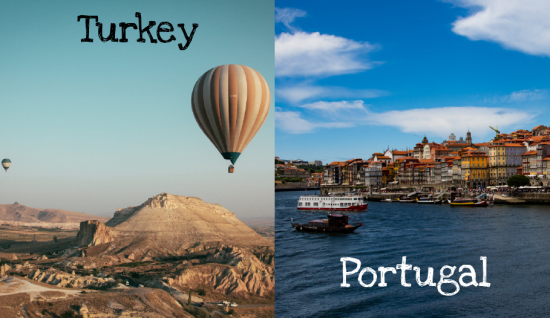 We are happy to announce that the EWWR will count on two new coordinators from Turkey and Portugal, the Marmara Municipalities Union (MMU) and the Portuguese Environment Agency (APA), respectively.

First-time ever EWWR coordinator in Turkey, the Marmara Municipalities Union (MMU) is the oldest and the largest regional Local Government Association in Turkey with 190 members from the Marmara Region. The MMU operates in 13 cities, six of which are metropolises.

The Portuguese Environment Agency (APA), public institute within the scope of the Portuguese Ministry of the Environment and Energy Transition, will promote the campaign nationally and collaborate with a well-established network of Portuguese EWWR coordinators.  APA’s Executive Board commented as follows about their commitment:

“In a society so focused on consumption, it is important to alert to the amount of waste that is produced both for the manufacture of the products that we purchase, and the waste that will be produced after the consumption of these products. For the Portuguese Environment Agency, as a National Waste Authority, it is essential to promote and participate in the EWWR, in order to alert the whole society to the need to change habits and to look for more environmentally sustainable alternatives and behaviors.”

Interested in promoting the EWWR in your territory? It is not too late to become a EWWR Coordinator! Send an email to contact@ewwr.eu for more information.